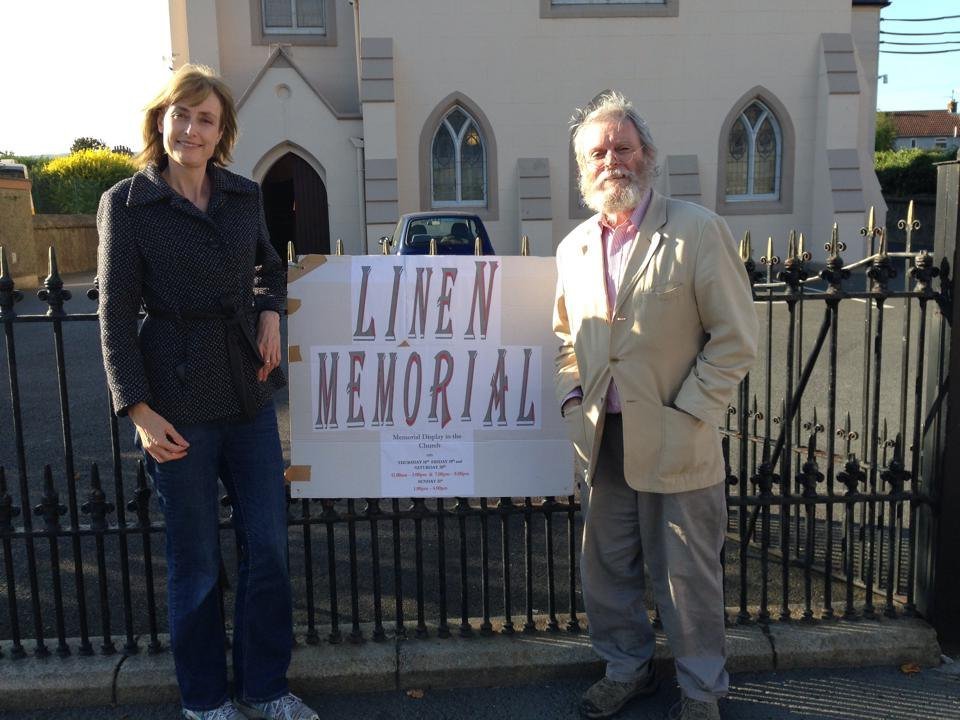 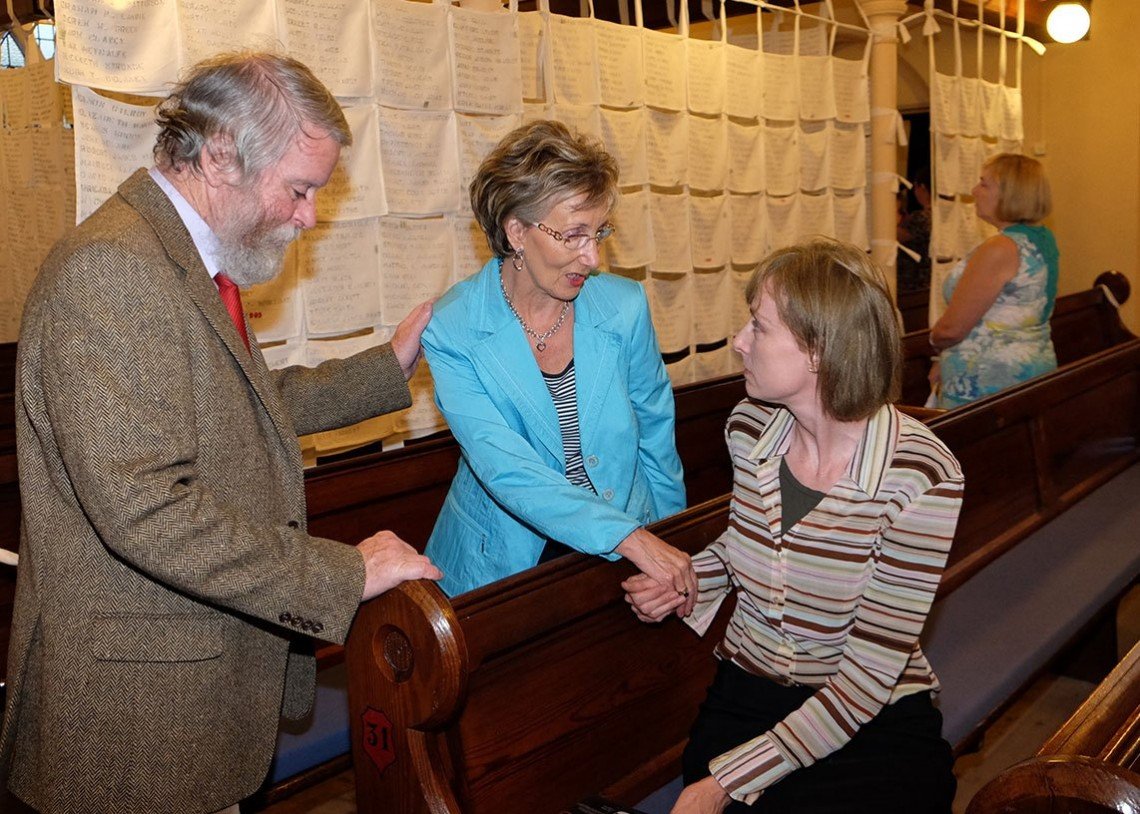 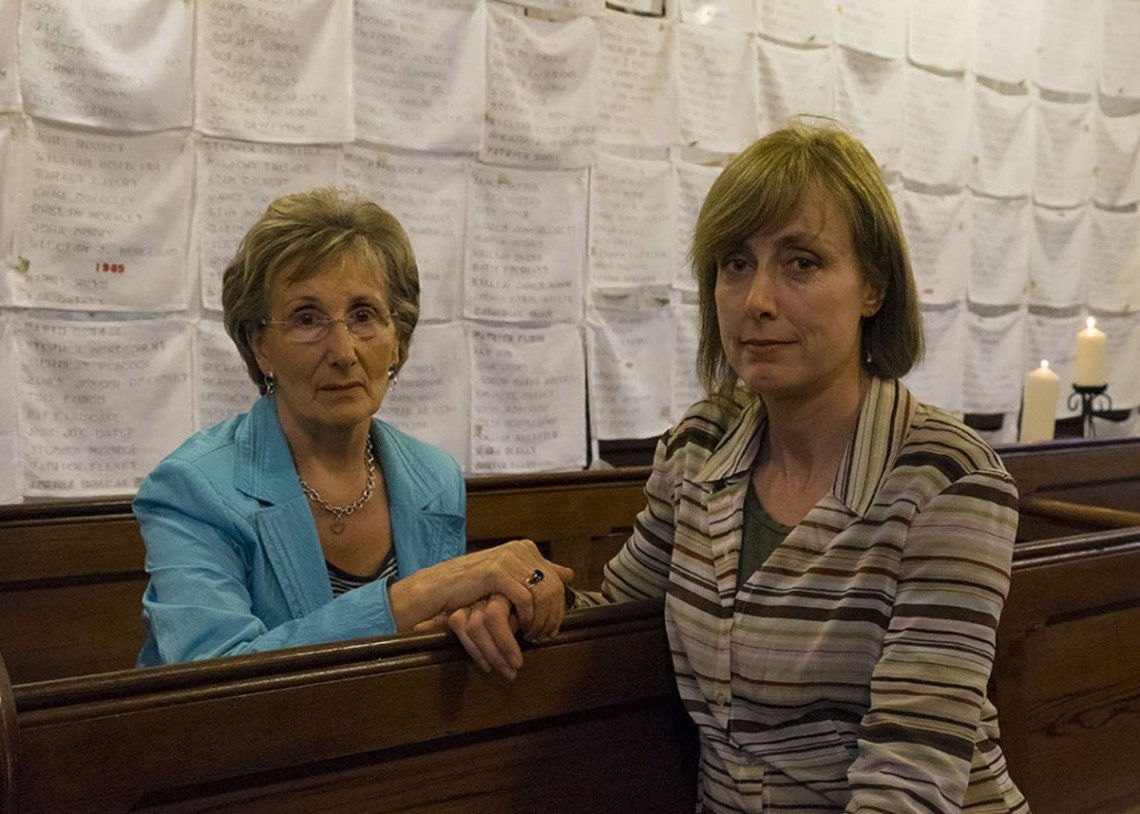 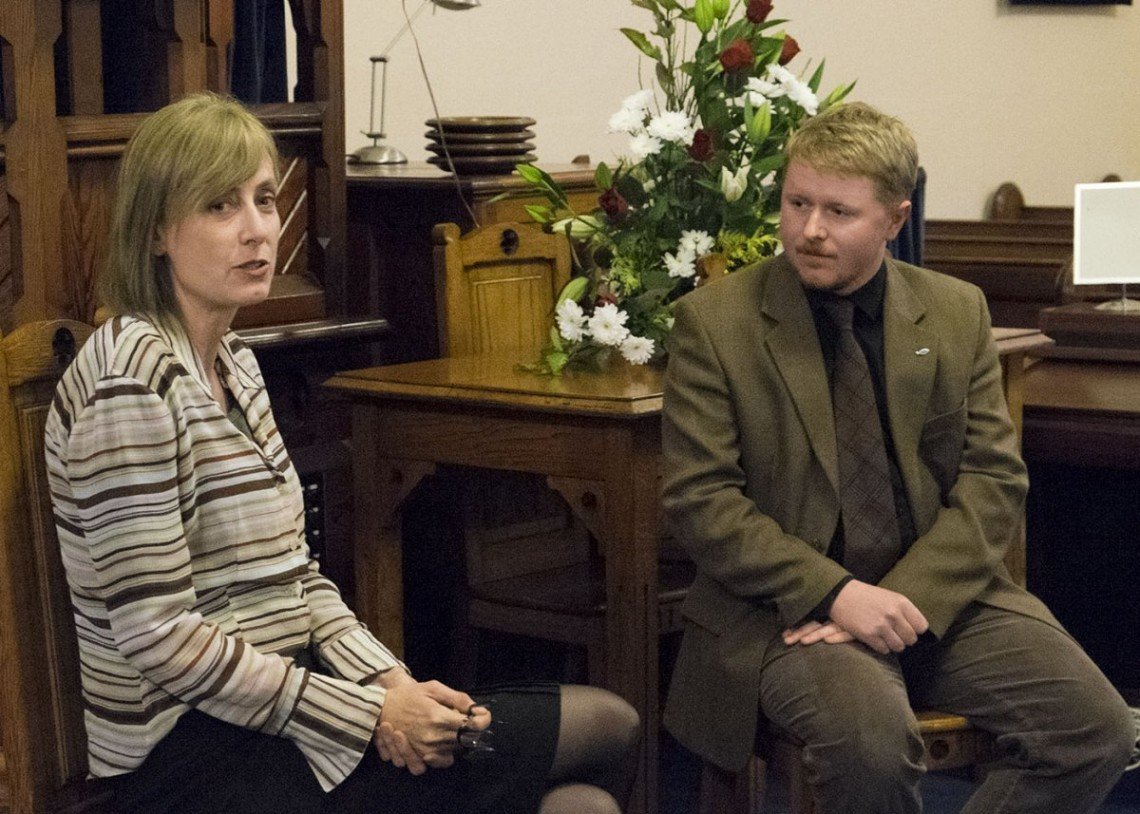 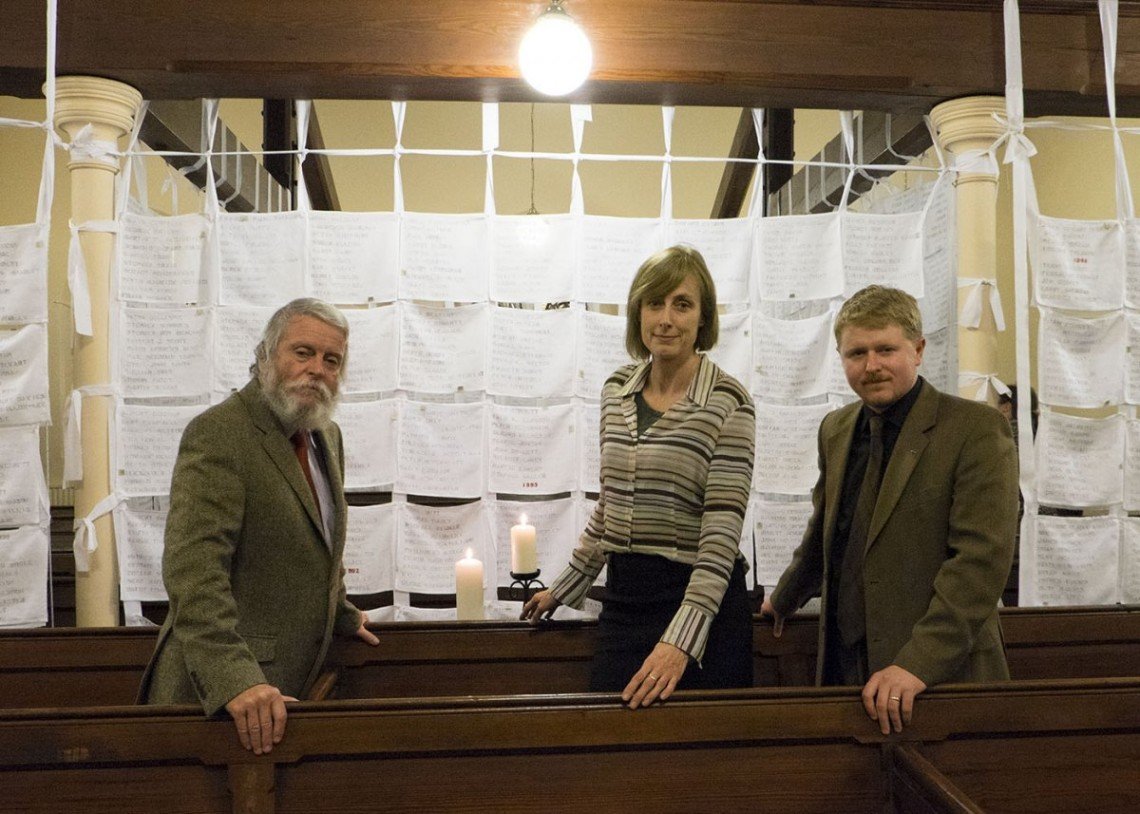 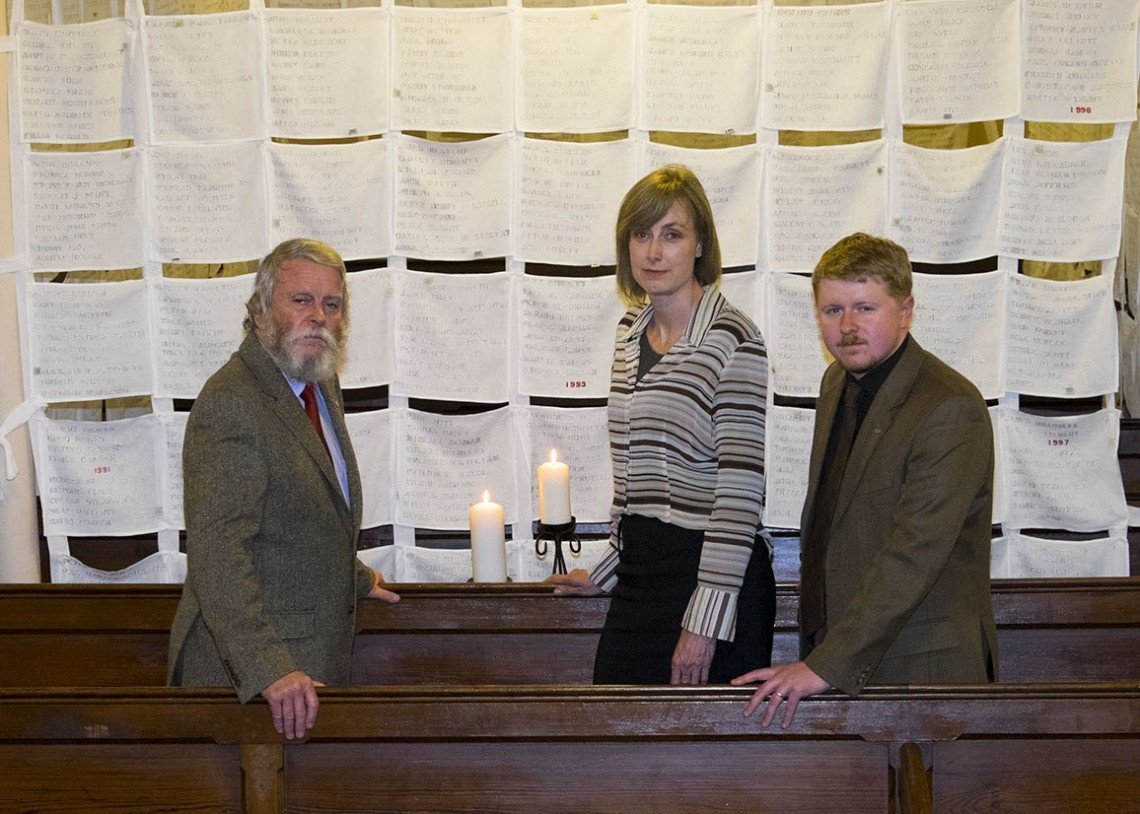 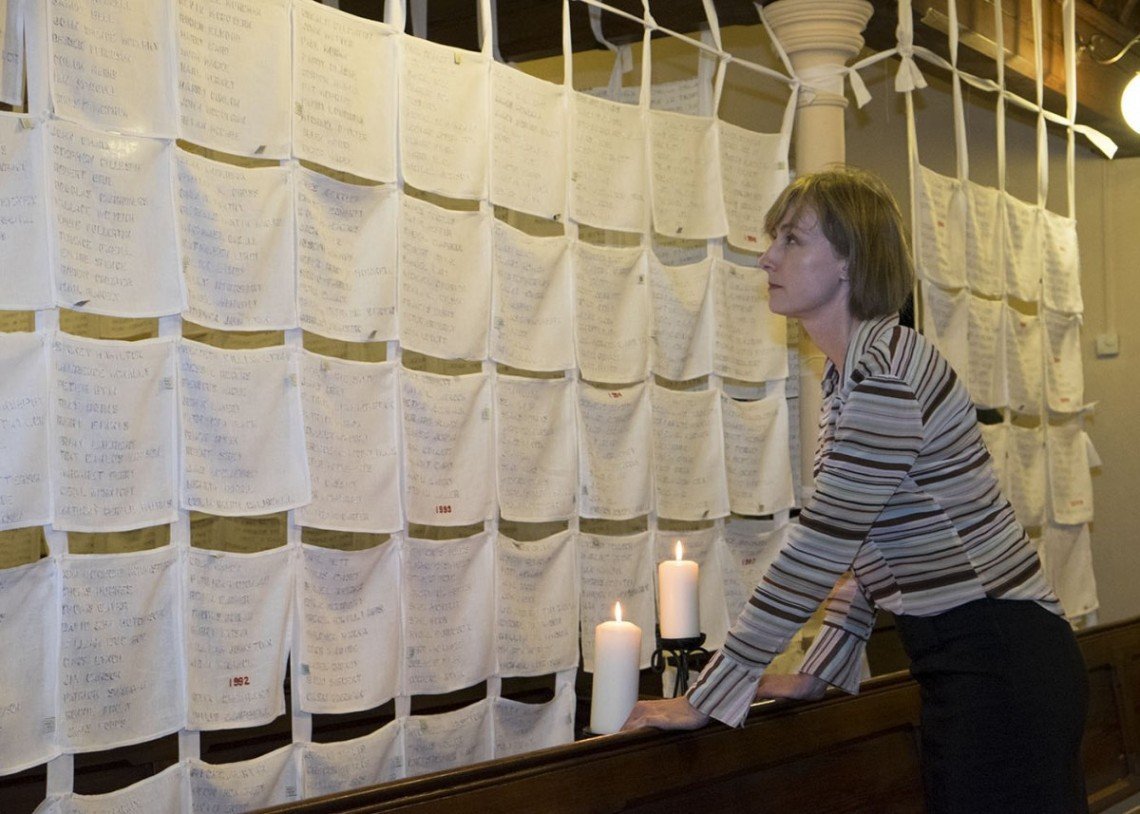 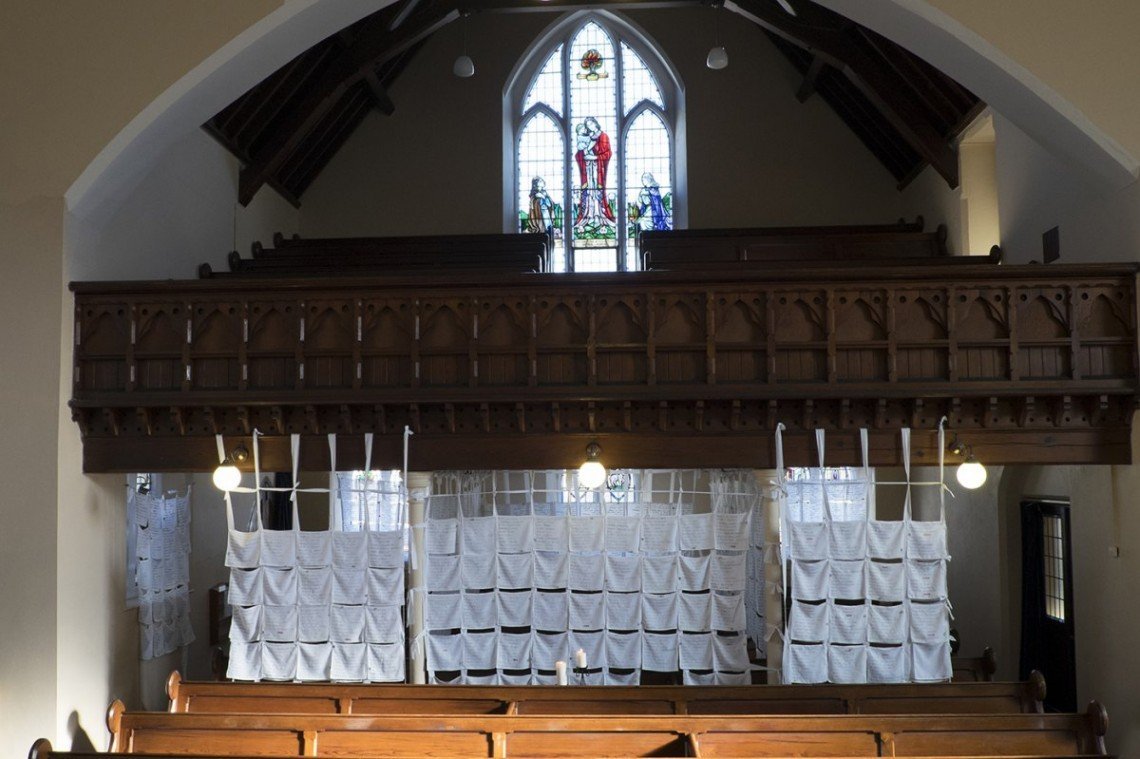 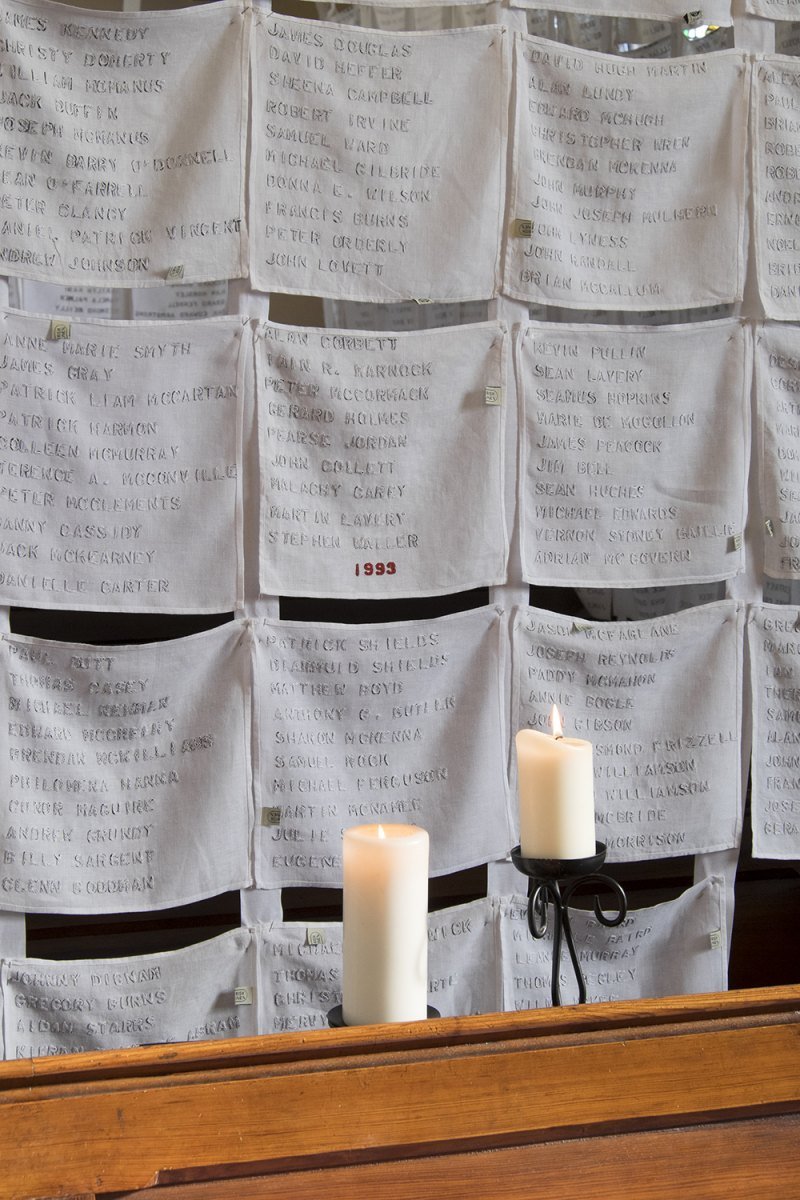 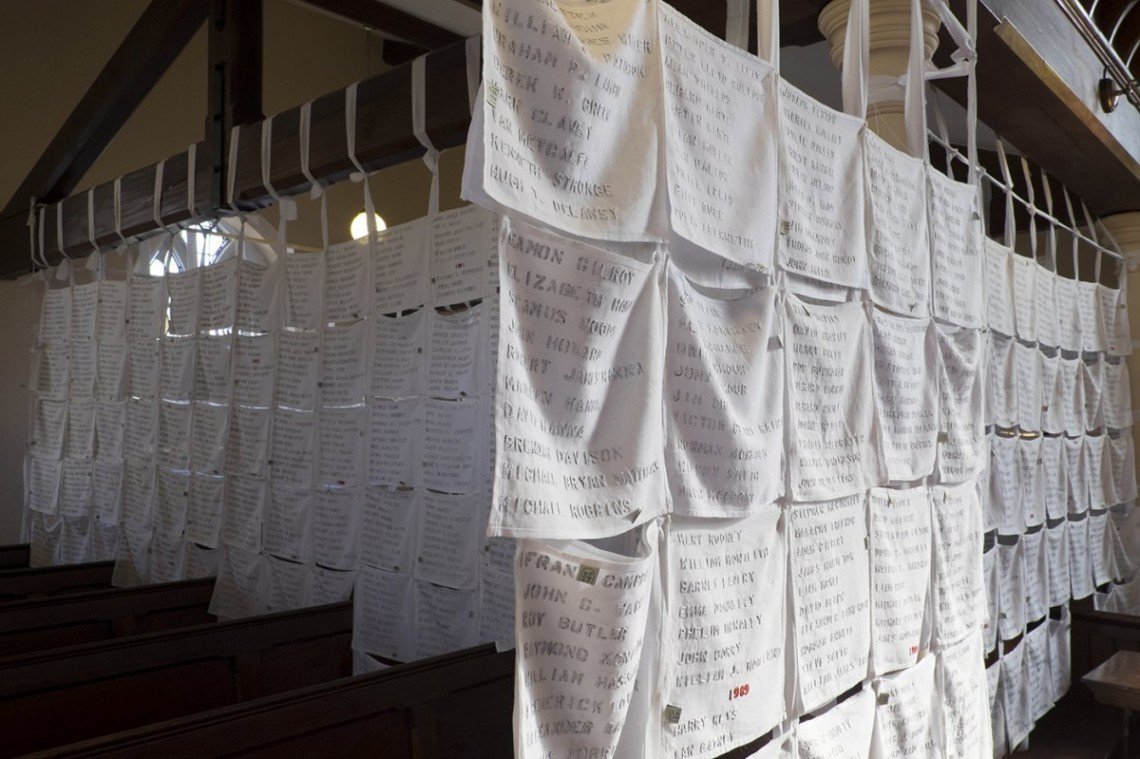 The Linen Memorial on display at Warrenpoint Presbyterian Church

The Linen Memorial is a collection of almost 400 Irish Linen handkerchiefs displaying the hand stitched and embroidered names of the victims of the ‘The Troubles’ here in Northern Ireland.

There is not a family within our Province who was not in one way or another affected by that very dark time in the history of this part of the world.

The exhibiting of the almost 4000 names stands as a beautiful yet harrowing acknowledgement to the loss of human life.

The Memorial gives space for reflection and remembrance, without passing judgement on, nor highlighting any political or religious viewpoint.

On Wednesday 17th September at 7:30pm Rev. Edward McKenzie interviewed Dr Lycia Trouton, Creator of The Memorial, also a university lecturer in modern and contemporary Art History. This was followed by a Time of Remembrance in the Church. Afterwards there was opportunity to ask Lycia questions over tea and coffee, and to view the Memorial. This was a special night for the congregation and we were honoured to have visitors among us, such as the journalist and presenter Rowan Hand and especially Ann Riley, the mother of Joanne Riley who was killed in Warrenpoint during ‘The Troubles’

The Linen Memorial was on display in the Church building from Thursday 18th– Saturday 20th where around 150 people came to view and spend time, the memorial remained in the church until the Sunday afternoon.

This was an important and very special event for the congregation at Warrenpoint and thanks goes to all who were involved and all who came along. 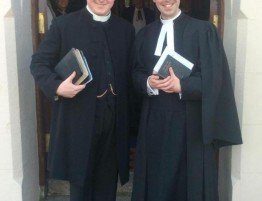 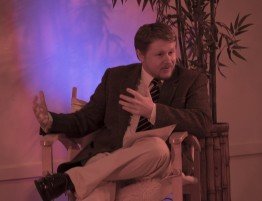 Grateful for a good night at ‘Desert Island Discs’! A full hall gathered to hear… 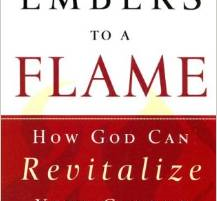 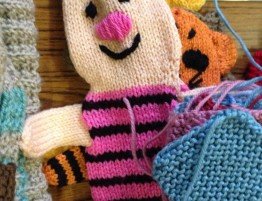 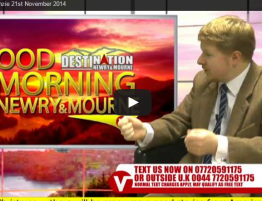 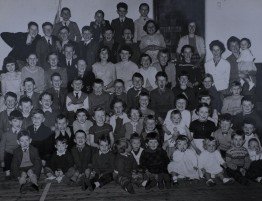 ‘name these people’ of yesteryear.. email info@warrenpointpresbyterian.org with names